« Can You Place a Life Insurance Policy in a Trust? | Main | What’s the Difference between Revocable and Irrevocable Trusts? » 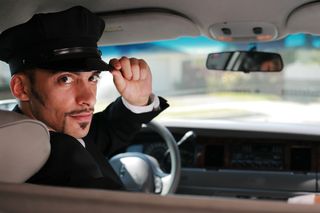 “While the tabloids and gossip websites were eating up every move Paris made, so was someone else – her grandfather, Barron Hilton. Before 2007, Barron was set to leave his $4.5 billion fortune to his family. That was until Paris embarrassed him with her antics so badly, that he changed his mind.”

Barron Hilton's father, hotel magnate Conrad, purchased his first hotel in Texas in 1919. His timing was perfect, as the oil boom ensured rooms were fully booked and could sometimes be turned over three times in a day. He then built the Dallas Hilton in 1925 and three more Hiltons in the state in the next five years. He eventually expanded his holding to create the world's first international hotel chain. By 1966, his son, Barron, replaced him as president of Hilton Hotels.

Celebrity Net Worth’s recent article entitled “Barron Hilton Fulfilled His Promise To Not Leave Any Money To Paris Hilton,” notes that Barron contested his father's will and ended up settling for four million shares of the company. Years later, Barron watched in horror as his granddaughter Paris tarnished the Hilton name. Barron sent a message. He made an estate plan that excluded Paris’ father and her siblings. His entire fortune would be donated to charity through the family's foundation, because he felt Paris' and Nicky's sex tapes, reality shows, DUIs and other embarrassments sullied the family name.

At Christmas 2007, Barron announced to his family that he was making a major change to his will. Instead of leaving his $4.5 billion fortune to his family, he was leaving the bulk of his estate to the Conrad N. Hilton Foundation. He left 97% to the foundation and split the remaining 3% ($135 million) between about 24 members of his family. So rather than inheriting about $181 million each, the Hilton family members would get $5.6 million each.

It looks like Paris was entirely cut out of her dad’s will, and she didn't get a penny from her grandfather. Barron died in 2019, and his will instructed 97% of his fortune to be given to the Conrad N. Hilton Foundation for disaster relief, treating children with HIV and AIDS, poverty alleviation and helping homeless shelters.

Barron continues to reinforce his message to Paris and his family from the grave. He was the second-largest philanthropist in U.S. last year with the $2.4 billion he donated to charity. He’ll probably be up there again, as one of the most generous Americans in 2020 since he still has $2 billion to donate.

Reference: Celebrity Net Worth (March 2, 2020) “Barron Hilton Fulfilled His Promise To Not Leave Any Money To Paris Hilton”