« Do I Assume My Parents’ Timeshare when They Die? | Main | Who Can Witness Will? »

Was the Estate of Rock Star Prince Undervalued? 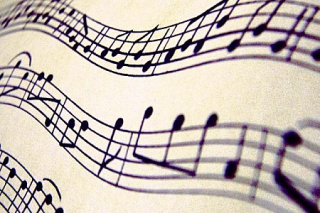 “Prince’s 2016 death created one of the largest and most complicated probate court proceedings in Minnesota history.”

The ongoing battle over the estate of Prince has been complicated because he died without a will. Now, the IRS says that executors of the rock star's estate undervalued it by 50% or about $80 million.

The difference in numbers for the most part concerns Prince’s music publishing and recording interests, according to court documents. These documents show that the IRS contends Prince's estate owes another $32.4 million in federal taxes—nearly doubling the tax bill based on Comerica’s valuation, according to a report in the Minneapolis Star Tribune.

The IRS also recently imposed a $6.4 million “accuracy-related penalty” on the Minneapolis native’s estate. Court documents say that the reason for the fine was a “substantial” undervaluation of assets.

Prince’s death of a fentanyl overdose on April 21, 2016, created one of the largest and most complicated probate court proceedings in Minnesota history. Estimates of his net worth have varied significantly, anywhere from $100 million to $300 million.

As Prince’s probate case continues in court, his six sibling heirs have grown increasingly grumpy. They are unhappy in part because the estate has written checks worth tens of millions of dollars to lawyers and consultants. However, nothing has gone to them.

Comerica and its lawyers at Fredrikson & Byron in Minneapolis hold that their estate valuations are solid.

Comerica sued the IRS this past summer in U.S. Tax Court in Washington, D.C., arguing that the agency’s calculations had numerous mistakes.

“What we have here is a classic battle of the experts — the estate’s experts and the IRS’ experts,” said Dennis Patrick, an estate planning attorney at DeWitt LLP in Minneapolis, who is not involved in the case. Valuing a large estate, Patrick added, “is way more of an art than a science.”

Comerica requested the tax court to hold a trial in St. Paul, which may significantly lengthen the settlement of Prince’s estate and generate more legal fees at the expense of Prince’s heirs.