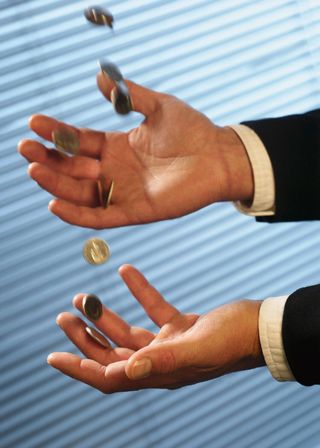 If you stand to inherit millions of dollars, the first thought to cross your mind is most likely not going to be that you should give it up. That will not cross most people's minds at all. However, in some cases, giving up the inheritance is the wisest course of action.

If you are the beneficiary of a wealthy person's IRA, you might be the heir to millions of dollars. Most people would be foolish to give up any claim to that IRA, legally known as "disclaiming" it.

But what if you are already wealthy?

If you are already in a high income tax bracket, when you inherit an IRA you will have to take a required minimum disbursement every year and pay income tax on it at your tax rate.

On the other hand, what if another family member, such as a child, could inherit the IRA instead and pay a lower tax rate? In that case, it would make financial sense for you to disclaim the IRA.

This consideration was explained by Kiplinger's Retirement Report in a recent article titled "Surprising Reasons You Might Want to Give Up a Multi-Million-Dollar Inheritance."

The article mentions a few other reasons you might consider disclaiming an IRA, such as for estate tax purposes or out of a sense of charity.

The key is to disclaim an inheritance correctly, if that is the decision you make.

For example, you will need to do so in writing within a small window of time. Also, you cannot take any benefit from the IRA, or any other inheritance you might want to disclaim, before you disclaim it.

Reference: Kiplinger's Retirement Report (August, 2015) "Surprising Reasons You Might Want to Give Up a Multi-Million-Dollar Inheritance."

If someone does not wish to receive a specific inheritance, they can disclaim it. However, what happens if the person is a minor? It is up to the parents to disclaim the inheritance on the minor's behalf. Recently, a Brooklyn judge rejected one parent's attempt to do that.

Sharon Lindsay passed away with approximately $6M in assets to be divided. Because she did not have a will, under New York law her assets were to be divided between her husband, son and daughter. However, the children's portion was liable for $200,000 in New York estate taxes.

In an effort to avoid those taxes, the son and daughter disclaimed the inheritance. That would have given their share of the inheritance to their father. It would not be subject to the estate tax because of New York's spousal inheritance.

However, the flaw in their plan was that the daughter, Kimberly Friedman, had an infant child who stood to inherit her mother's share under New York law. Friedman attempted to disclaim the infant's share. Nevertheless, a Brooklyn judge disallowed the disclaimer.

The infant will inherit a share of Lindsay's estate and will have to pay state estate taxes.

The Brooklyn Daily Eagle has more on the story in "Brooklyn judge blocks heir's attempt to avoid N.Y. tax on $6M estate."

The judge reasoned that it was not in the infant's best interests to allow the disclaimer. According to the judge, the infant was better off receiving the inheritance subject to the estate tax than possibly never receiving it at all. The problem: there was no agreement between the children and their father that they would someday inherit the estate through him.

This case highlights the importance of estate planning. Lindsay had not done any estate planning and it is possible the entire issue could have been avoided if she had an estate plan.

Do not delay what is your own personal responsibility. Meet with an experienced Cincinnati estate planning attorney to get your legal house in order.